According to accounts from Steve’s mother Judith, at age four, Steve wanted to ride his trike from home in Hortense Street Ashburton to Ashburton Primary School, but along the railway line because it was more adventurous. The only way his mother found that she could convince his strong will not to do so was to say that if he did, the government would have to take him away from his mother because they would say that his mother was irresponsible.

In the early days his father Ian would take Steve and his young brothers camping and fishing with the canvas and calico tent which had a front awning and a central pole and you could stand up in it. They would all sleep on fold out stretchers. Australia was less populated in the 1970s and you could just pull up at a rest area and pitch a tent and light a camp fire. One time the four of them went to Nagambie and in an irrigation canal caught perhaps a dozen redfin – with no bait! That was before Steve’s sister was born.

That night, with no fly, the tent leaked and Steve developed cramp in his thighs, quads and calfs. So it was decided to walk through the night along the road to Halls Creek to stave off the cramping pain. By dawn the two reached Halls Creek, 20km later, ate all their food and basked in the sun. The creek is recalled in infamy as ‘bastard creek’. 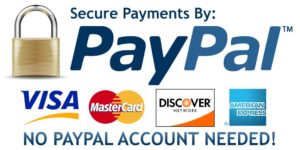