Yes, this is a cliff face and there is no track up or down it.  Access should be wisely left to trained and experienced rock climbers and abseilers having the right gear, like starting with adequate 60m long 10mm diameter static nylon climbing ropes, climbing helmet and shoes, harness, figure eight, etc.

But then Nature Trail is not a rockclimbing specialist operator and so we instead refer such vertical adventurous types to local professional and licensed rockclimbing operators who safely specialise in abseiling, rockclimbing and canyoning pursuits with all the right gear, skills and route familiarity.

Yet regrettably there are bushwalking clubs that schedule and attempt rockclimbing ‘free for all’ – with no climbing gear, and it can lead to tragic consequences.  Such a tragedy struck yet again, this time last Saturday 12th June 2021 on Kings Tableland about 20km south of Wentworth Falls.

The location was Blue Drum Creek, a remote watercourse that descends a cliff-face in rugged terrain with dense heath and woodland westward down from the isolated Harris Hill steeply for about 500 metres.  This location lies wholly within the Blue Mountains ‘National’ Park which is the responsibility and delegated authority of the New South Wales parks service.

One Mr Zhiji Chen (60) of Bankstown last weekend was part of a bushwalking group of eight attempting to free scramble down the cliff face around the upper reaches of Blue Gum Creek. 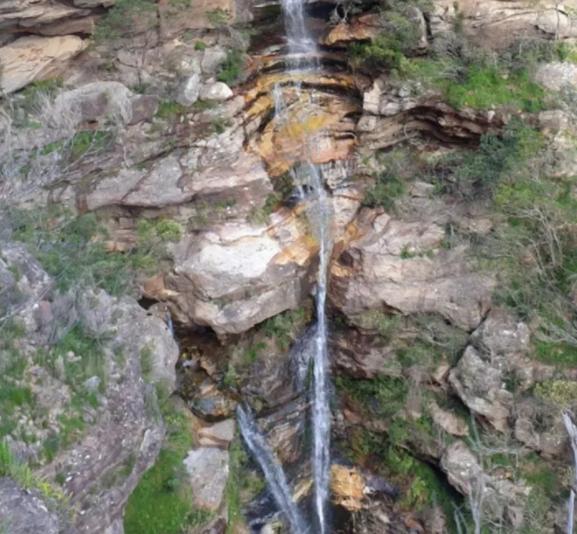 Blue Drum Falls – with no track for kilometres, its 500m vertical descent is not bushwalking.

The trip leader had organised and led the so-called ‘bushwalk’.  He later told police:

“At the time Zhiji Chen was climbing (down) overhanging rock walls, but he couldn’t find a good foothold. He only slipped a metre at the beginning, but then fell 5 or 6 metres.”

In the public interest (no less the family), there are pertinent questions out of those comments.

The trip leader was also reported commenting about his group member Mr Chen:

“He was a very good person. He always brought joy to us. He’s the person that makes things go smoother.  He’d just follow you. Those are the people you want to have in the team. I’ve walked with him multiple times. His fitness was good for his age – he was able to walk better than the average adult.”

There are some pertinent questions out of those comments as well.

Did this trip leader know the cliff-bashing route down the pass?  Did he impart this knowledge to the other group members or just take off and expect the others to work out the obscure route for themselves?

The media reported that the trip leader “had already ascended the section of the track where his friend fell – about 450 metres upstream of Blue Drum Falls – when the other walkers called out.”

The group was descending not ascending surely, since they had parked their cars at the top of the cliff on Tablelands Road and had only begun their trip?

The media reported that the trip leader had tried to summon help using his mobile phone but experienced coverage problems until he had returned bush-based back up Kings Tableland to get reception to ring emergency 000.   This suggests this was his only means of communication on the trip – like being in the city.

The media reported that the trip leader could not find mobile phone reception in order to call Emergency 000 until he bush-bashed climbed back to the top of Kings Tableland.  He then managed to get patchy mobile phone coverage, making several calls to communicate the cliff fall and emergency situation.

This resulted in three hours delay between Mr Chen’s cliff-face fall and the arrival of Polair rescue helicopter identifying the group’s remote rugged location.  By then at 5:20pm it was after dark.  The trip leader led the three paramedics to Mr Chen (old picture below) who was pronounced deceased at the scene, having died of his severe head injuries.  But to due to the inaccessibility his body was not able to be recovered until 3pm the following day by helicopter winch by the NSW Ambulance Special Operations Unit.

The media reported that the trip leader with the remaining six other hikers walked to safety in the dark, reaching their cars about 8.30pm.  So what did they do then, after a long stressful day, drive two hours back to Sydney, with no concern for fatigue management?

Despite the group including Mr Chen being experienced bushwalkers, they were undertaking rockclimbing with no rockclimbing gear.  The ‘bushwalk’ down Blue Drum Creek was to be the first leg of a 3-day trek, possibly via the Kedumba Walls Look Trail and back up Kedumba Pass to Kinds Tableland, who knows?

But that would have meant scrambling down the precipice carry heavy backpacks with supplies and camping kit for three days in remote bushland.   Ludicrous!

According to one local website, Blue Drum Creek is regarded as a pass, there is no track so it’s off-track bush-bashing, supposedly graded 5 meaning hard/difficult, overgrown and badly eroded with difficult navigation.

Was it this difficult navigation that was Mr Chen’s undoing?  Was the trip leader so far ahead that Mr Chen didn’t know which way to go and took the wrong route to his demise?

With such extreme cliff face exposure to fall to certain death, so try grade 10!  BASE jumping being one-way grade 11.

Escarpment off-track ‘passes’ are more suited to abseiling or just being left alone as wild country.  This is designated world heritage and after all aren’t there enough existing tracks carved through the pristine landscape already?

This rugged cliff face would be constantly wet around the waterfall and associated watercourse that becomes a creek below.  It also had been raining the previous day so the rocky surfaces would have been wet and slippery, and there is no track.

Note the 11mm rainfall in nearby Katoomba on the day before this trip – Friday 11th June 2021. 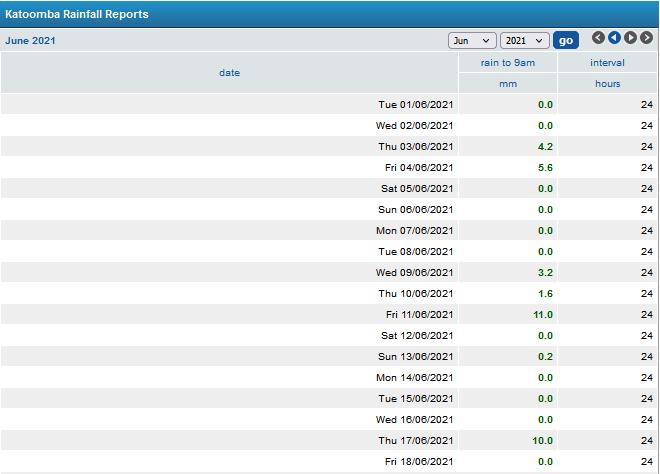 This trip demanded bush-bashing, or more likely cliff face bashing..by clubbers again.  The activity was not on-track bushwalking; it wasn’t even off-track bushwalking.  It was free-for-all abseiling vertically down a rugged thickly vegetated precipice but purportedly with no ropes or abseiling gear, so it was a dangerous activity and reckless.

The public deserves to have free access to all coroner findings into any tragic death.

This blog post is not accusatory.  Another ‘bushwalker’ has died in the Blue Mountains. Lessons need to start being learned about planning and undertaking bushwalking trips that are not really bushwalking, but extremely beyond the realm of bushwalking.

Stretching the definition of Bushwalking

There are three broad categories of users of NSW ‘national’ parks:

The Parks Service used to offer its own in-house bushwalking Discovery Tours to the general public, especially to school groups, but repeated funding cuts by the NSW government over decades, has skeletoned this offering to being outsourced to commercial operators – to avoid liability.

Private users seem to have a free-for-all to go and do as they choose across all NSW ‘national’ parks; clubs similarly.

All too often, members of bushwalking clubs are being killed doing considerably riskier activities than on-track bushwalking.    Clubs that call themselves ‘bushwalking’ clubs yet undertake “canyoning, abseiling, caving, cycling and a variety of other activities” such as the Bankstown Bushwalking Club, charge a pittance for annual membership, like $30 for individuals.

This club has form at Blue Drum Creek.  In 2015 this bushwalking club organised a abseiling trip and posted on its website:

“This is more of a multi-pitch route that follows a creek than a true canyon. Unless there has been a lot of rain recently, the canyon will be “dry”. The trip includes a bit of navigation and exploring, and a lot of scrub to bash through.”

Such an ecologically damaging attitude is hardly consistent with the NSW Parks Service Eco-Pass values demanded of commercial tour operators.

Back to this image…no, it is not bushwalking. 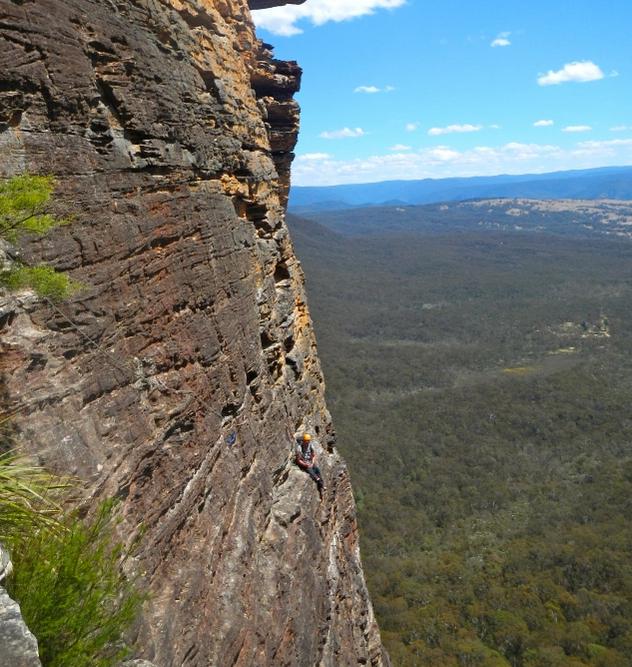 Bushwalking clubs do not have to comply with the New South Wales Parks Service’s onerous licensing and Eco-Pass compliance regime like commercial operators are required to.   Bushwalking Clubs are allowed to bush-bash and cliff-bash anywhere in ‘national’ parks across New South Wales unfettered.  Increasingly bushwalking clubs are not bushwalking, but rockclimbing, canyoning, caving, kayaking – is BASE jumping next?

Anyone from the public may readily join up and within a few trips can be exposed to following some trip leader off-track, bush-bashing, cliff-bashing life-threatening environment in a remote unfamiliar location and unprepared with inadequate skills, experience and gear.

In stark contrast, commercial operators must have a minimum set of qualifications, eco-certifications and experience, maintain an annual public liability insurance to the coverage of value of $20 million, apply and comply with a rigorous and onerous Eco-Pass licensing regime, specify which locations and routes they plan to use, be restricted to staying on-track else to limited activities and sites and pay a fee per participant on every trip.

Such rules and conditions for commercial operators earning a quid are appropriate in order to ensure high safety standards for a given adventurous activity like rockclimbing.  Commercial operators are trained in and practice risk management and mitigation.  It is in the interests of their reputation for quality experiences and safety record.  They are expert in their specialist outdoor activities, are intimately familiar with their regular routes and sites down to recognising individual sections and obstacles to know how best to safely negotiate each one.

Rarely does one read about a mishap on a commercial trip.  Commercial trip leaders will have assisting guides on a trip who have years of experience to train and practice their outdoor expertise,  and extend their skills in regular briefing session on a trip to often inexperienced public participants.  Rarely do incidents and emergencies occur with commercial operators.

But rules for some?  Time and again, media reports keep showing that the risk of injury and death is considerably higher doing such activities with a ‘bushwalking club’.  Club trip leaders only have to have the relevant experience and comply with in-club protocols and codes which vary across clubs. Any risk management is picked up on the trip.

Clubs seem to get away with free-for all activities because they hide behind the ‘volunteering’ excuse.  The unaware public is not protected. 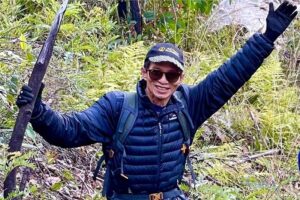 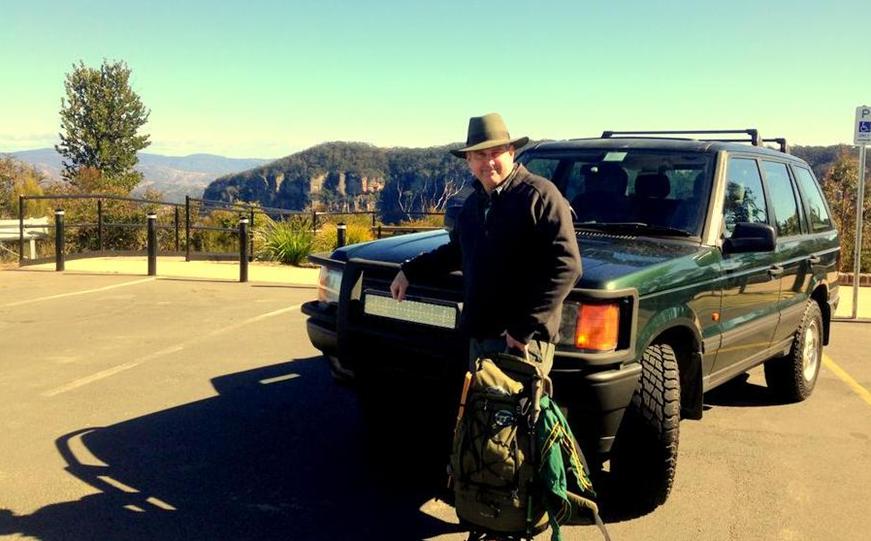